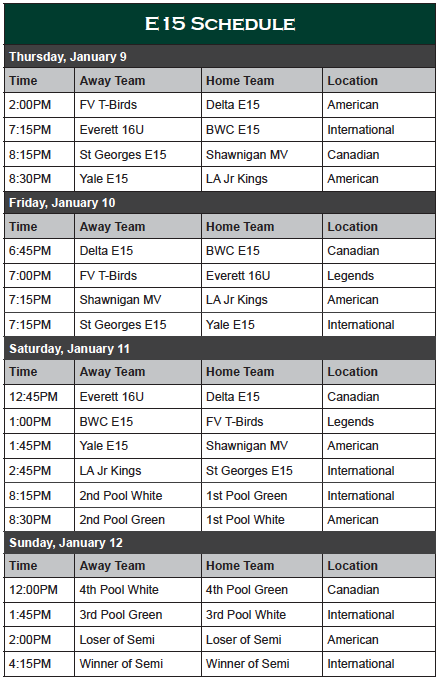 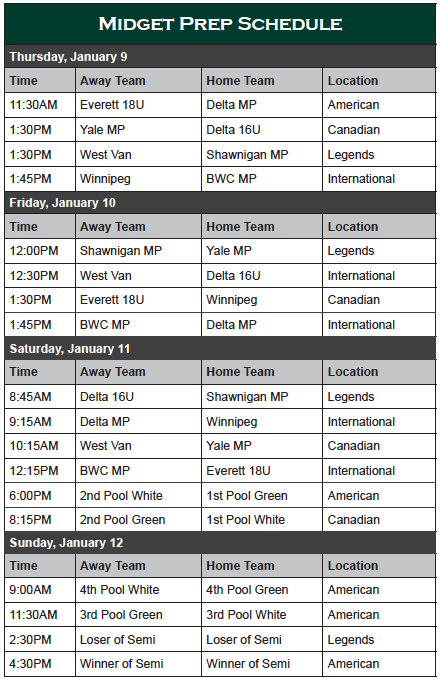 9. Timeouts: Teams will receive one 30 second time out for all round robin and playoff games.

10. Penalties/Suspensions: All major penalties and misconducts will follow the BC Hockey guidelines.

THERE WILL BE A ZERO TOLERANCE POLICY FOR ABUSE OF OFFICIALS.