Delta Hockey Academy Director Ian Gallagher announced today that Mark Taylor will be joining the Delta Hockey Academy coaching staff next season as the new head coach of the U18 Female Prep team. Taylor has a long history of coaching female hockey, most recently with the Greater Vancouver Comets Major Midget female program, where he led the team to 5 straight league titles.

In 1976, Taylor was named MVP in the BCHL at the age of 17 with 49 goals and 79 assists. He won a national championship with the University of North Dakota in 1980; that season Taylor was named to the NCAA all-American team and won college MVP (later called the Hobey Baker award). Taylor is the second all-time leading scorer in UND history. Following his university career, Taylor went on to play 12 years of professional hockey with the Philadelphia Flyers, Pittsburgh Penguins and Washington Capitals. In his 1983-84 season with the Pittsburgh Penguins, Taylor scored 24 goals and 31 assists in 59 games.

Following his career in the NHL, Taylor dedicated himself to coaching and to building the business once owned by his grandfather – Hockey Hall of Famer Cyclone Taylor.

“Mark’s extensive experience coaching female hockey and his commitment to the growth of the female game will be a great addition to our female program at the Delta Hockey Academy. We are thrilled that Mark is coming on board for a long-term coaching position,” said Gallagher.

Director of Female Hockey and Business Operations, Owen Pighin, echoed Gallagher’s sentiments, “I have so much respect for Mark as a coach and I am excited for him to share his knowledge and passion with our female student-athletes. I look forward to having Mark on our team for many years.”

Mark Taylor will begin his role as the U18 Female Prep head coach at the start of the 2020-2021 school year.

The CSSHL announced in a press release on March 5:

The newly branded U18 Female Prep Division will see all 13 CSSHL female teams compete in one division with a shifting schedule based on rankings that focuses on meaningful competition. Teams will begin the 2020-21 season ranked 1-13 based on their standings during the 2019-20 season (1-8 Female Prep and 9-13 Female Varsity).

There will be five showcases attended by all 13 teams and all games will be streamed live on HockeyTV: 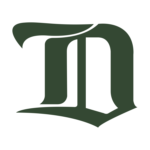